JASON SPOONER BAND Portland, Maine-based songwriter, guitarist, and producer Jason Spooner has been a visible and respected presence on the northeastern and national live music circuits for close to two decades.

Portland, Maine-based songwriter, guitarist, and producer Jason Spooner has been a visible and respected presence on the northeastern and national live music circuits for close to two decades. As the bandleader of The Jason Spooner Band (Dan Boyden – Drums, Stu Mahan – Bass and Dawson Hill – Keyboards), Spooner has expanded his musical horizons significantly over the course of five studio releases. The quartet stands out with an interesting signature sound that appeals to a wide range of audiences… seamlessly blending a variety of musical influences into a cohesive, energetic and listenable experience. Roots Rock, Americana, blues, folk and groove-oriented jazz with undercurrents of reggae and soul are all accounted for here and supported by audibly strong musicianship, interesting arrangements, and well-crafted, intelligent writing.
The recipe has certainly served the band well; over the last decade and a half, this dynamic band has performed with acts as varied as B.B. King, John Mayer, Jackson Browne, Michael Franti & Spearhead, Ray LaMontagne, Susan Tedeschi, Brett Dennen, Allen Stone, Everlast, Jackie Greene, G. Love, Guster, Blues Traveler, Peter Rowan and Sara Bareilles. The band has performed at Targhee Fest in Jackson Hole, WY – The Gathering of the Vibes in Bridgeport, CT – FloydFest in Floyd, Va – The Festival at Sandpoint – Sandpoint, ID – The Naukabout Festival on Cape Cod, the River City Roots Festival in Missoula, MT – The Rocky Mountain Folks Festival in Lyons, CO and have been perennial favorites at The Sundance Film Festival in Park City, UT.

In addition to glowing recent press in Guitar World Magazine, No Depression, High Times Magazine, Wood & Steel Magazine, and USA Today, the band was recently named one of Relix Magazine’s coveted “On The Verge – Bands you should know.” The band has won and received numerous nominations for the New England Music Awards including Live Act of the Year (winner) and Song of the Year (nominee). As the band approached the recording of their fifth album WIDE EYED, they moved central operations to a small studio to which they had unhindered access at all hours which spawned a period of unprecedented creative energy.

“For previous releases, we’d always blocked out a few weeks to make records and it always felt very compressed and overly urgent – stressful in some ways. Getting comfortable in a new space and trying to be instantly creative on more of a 9 to 5 schedule. For WIDE EYED, we wanted things to feel more organic, more like a live performance.” says Spooner.

“I like to think of this record and the approach we took as slow-roasted in that we made it over the course of a year or so which gave us time to really capture only the really inspired takes. When recording music starts to feel like a day job, it’s time to change up the recipe. If a song is destined to come alive at 2 am, then you need to flow with that and not limit it. We weren’t staring at the clock the entire time concerned about moving on to the next task or song. We took the time that each song required and I think the result is something that feels natural and comfortable in its own skin.” Spooner adds, “having our own studio space was huge. If an idea came knocking, I could spin over to the studio and capture while it was fresh instead of writing something down on a notepad or humming a melody into my phone and hoping we’d come back to it.”

What ensued was the band’s most fruitful and creative recording experience to date with the core tracks for the album recorded live on the floor. The raw energy created in the space permeates the album. WIDE EYED also represents a band that is more open to, aware of, and comfortable with their collective musical inspiration. “Our influences are all over the map as individuals… rock, blues, folk, jazz, Americana, R&B, reggae, etc..” says Spooner. “I feel like this record allowed us to tap into some of those influences without worrying if it fits our ‘official genre.’ All of my favorite records seem to have that in common – when artists aren’t afraid to dig into what inspired them to pick up an instrument in the first place.”

WIDE EYED represents a fresh direction and unencumbered energy for the band. The album encompasses the sounds of four individuals discovering a new formation, a new approach to recording and ultimately, new musical horizons. 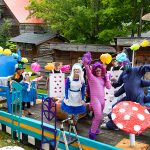 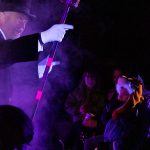 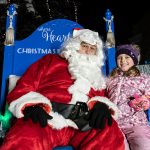 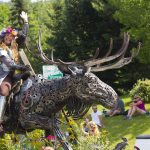 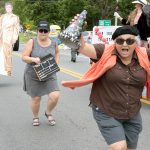 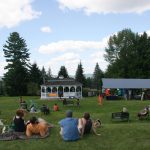 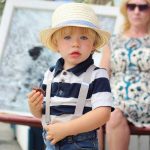 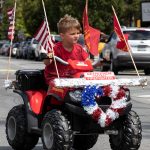 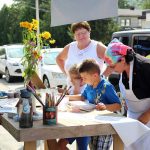 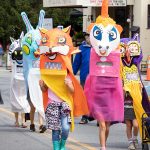 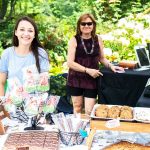 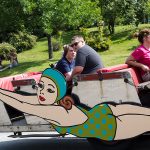